Home » Newsletter » If at first you don’t succeed…

If at first you don’t succeed…

After watching the New England Patriots win the 51st Super Bowl this past Sunday I was inspired to write this newsletter.

In case you don’t already know, the Patriot’s win has been touted as the biggest comeback in the history of 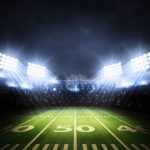 the Super Bowl.  They trailed the Atlanta Falcons by 25 points and it was the first time EVER that a Super Bowl went into overtime.  Whew!  It was an UNBELIEVEABLE finish!

What is inspiring to me is this team never gave up the dream of winning Super Bowl 51.  They continued to go out on the field, do the best they could and attempt to score points, just as they have done in all the games that got them to this point.

They BELIEVED they could do it!  They DID the WORK to make it happen.  And, when it was NOT coming together for them, they made changes and kept making changes until FINALLY, things turned around.

No one had a meltdown because the pressure was too intense. The team members continued to work together. They didn’t yell at each other or call each other names or blame the other guy for missing a pass. They were focused on the task at hand and they kept moving forward.

What lessons can we learn from the Patriot’s win that can be helpful as we run our businesses and/or live our lives?

The first is that perseverance pays off! Surely there have been times in your life that you wanted to give up, maybe you were right on the edge of quitting and that little voice inside of you convinced you to give it one more try.  Lo and behold, this time the outcome was just what you were looking for!  Success!

The second thing is in addition to persevere, it helps to make small changes as you continue to try again and again.  Otherwise you run the risk of driving yourself insane (Albert Einstein’s definition of insanity is “Doing the same thing over and over again expecting a different result.”).  For example, you may tweak the process or make a slight change in your approach or contact a different person.  Making these types of changes as you persistently pursue your goals can make the difference between success and failure.

Finally, believing you can do it will often give you the stamina to make that final effort to continue to do the work that is needed to successful attain, what some may believe is the unattainable.

Growing up if something wasn’t going the way I wanted it to go, my parents often would say,

Personally, I’m grateful to have learned everything I want doesn’t necessarily happen the first time (or even the 20th time!) I attempt it.   If it’s important enough to me and I believe I can do it, then in the end the fact that I persevered to successfully reach my goal will make it even more meaningful when I do reach it!